As we all know that English is an international language that we must be familiar of , in order to make our image or impression internationally. So, in this article you will be learning about Spoken English in Tamil.

Before starting further , I would like to clear this now itself that English is Just a language not a skill So, be calm if you are unable to speak English. However nowadays it become important to learn this language which we will further discuss in this article. 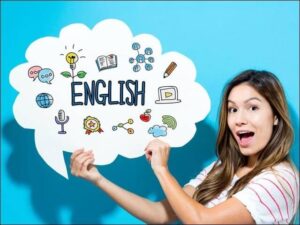 If you are at very basic level in english and want to learn spoken english in tamil from basic onwards , Then here suggesting you the name of the channel who will teach you from very basic level and that is also from alphabetical steps.

Nisar Lebbe is the name of the channel who will teach you each and everything required to become an expert in english by using tamil language.

See , in order to learn any language we need some supporting language which will support us to learn new thing

For instance – if we are learning english and we dont know it completely then we need that particular thing in our own native language to become familiar in english.

In the above mentioned channels name their is one channel named as THE MIND HEALING , They are having a playlist of spoken english in tamil in which they are teaching english from tamil in 50 days and guys believe me if you are consitent in learning english from tamil for only 30 days , you will become well versed in that language.

In the advice i have told him that he is learning local language which will be of no use we he will move to another city after completing his college life so it is better to learn english language so that it will be helpful not only in specific part of country but in whole world.

This particular advised which is given by me really fascinated him and motivated him to learn english language which is widely used instead of learning local language which will fetch him nothing except regret of not learning english.

In indian most of the people suffer to interact with the people of another state specially from another locality . It is just because we both dont know the language of each other . This is not a big problem because if you dont know a certain language of the person you are talking to , probably he or she also will not be knowing your particular language. That is the main reason English playing its role in intra state as well.

If you are Stucked while learning english or have any specific querry about spoken english in tamil , you can comment below and our expert team will reply along with solution within 24 hours . Also you can read another article from our website because Examsol.in/ is completely dedicated to you.

If you are preparing for government exams then you must read this article – https://examsol.in/upsc-coaching-in-delhi-mukherjee-nagar-old-rajendra/

Thanks for being with us in entire article.

2 thoughts on “Spoken english in Tamil”